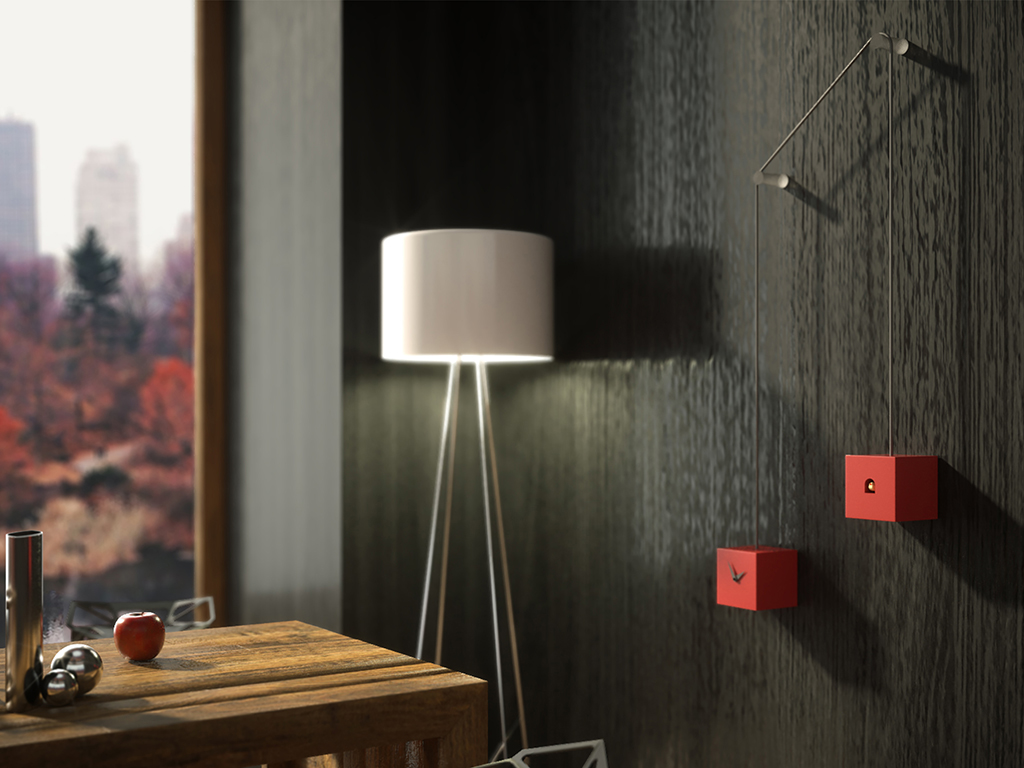 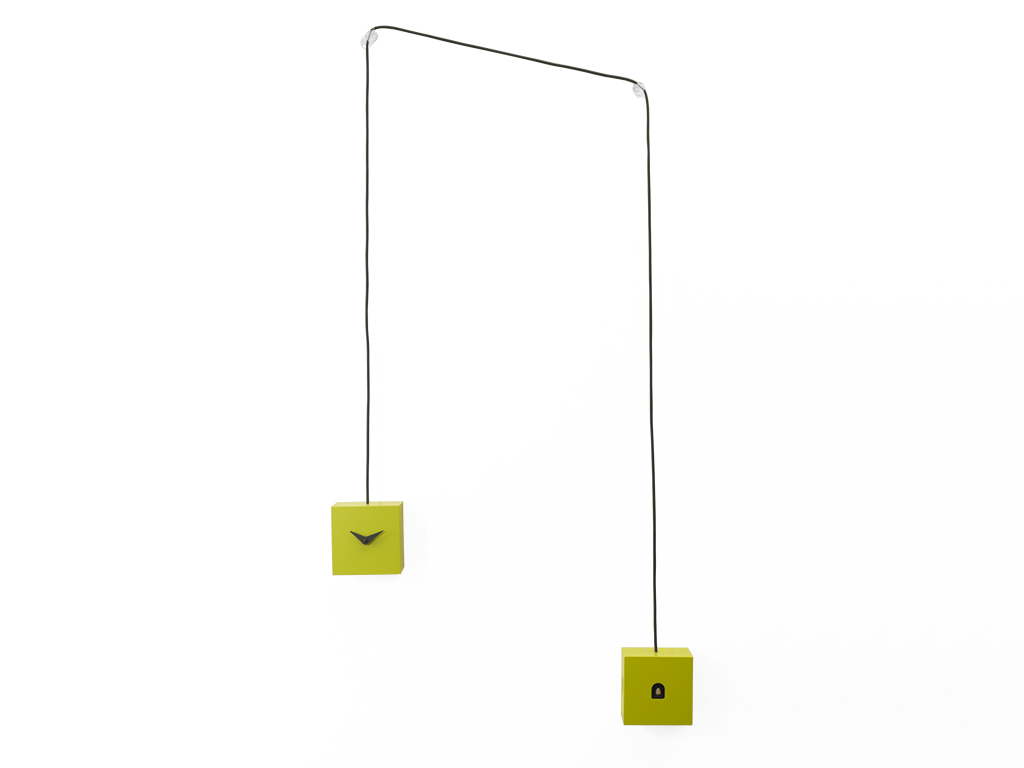 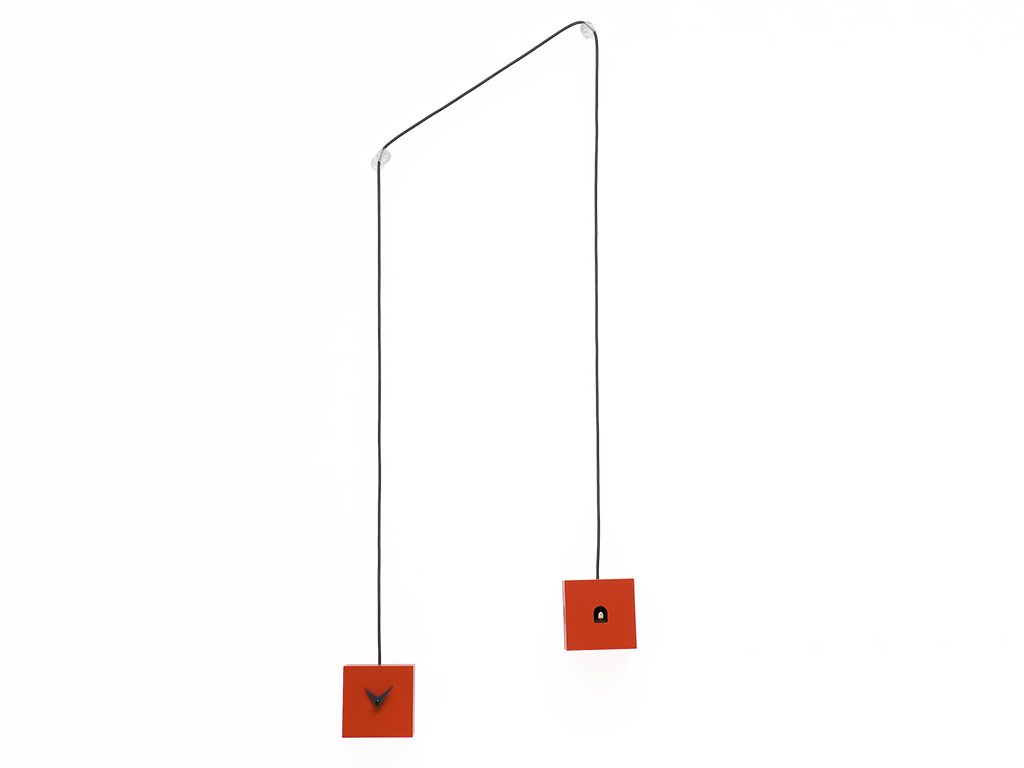 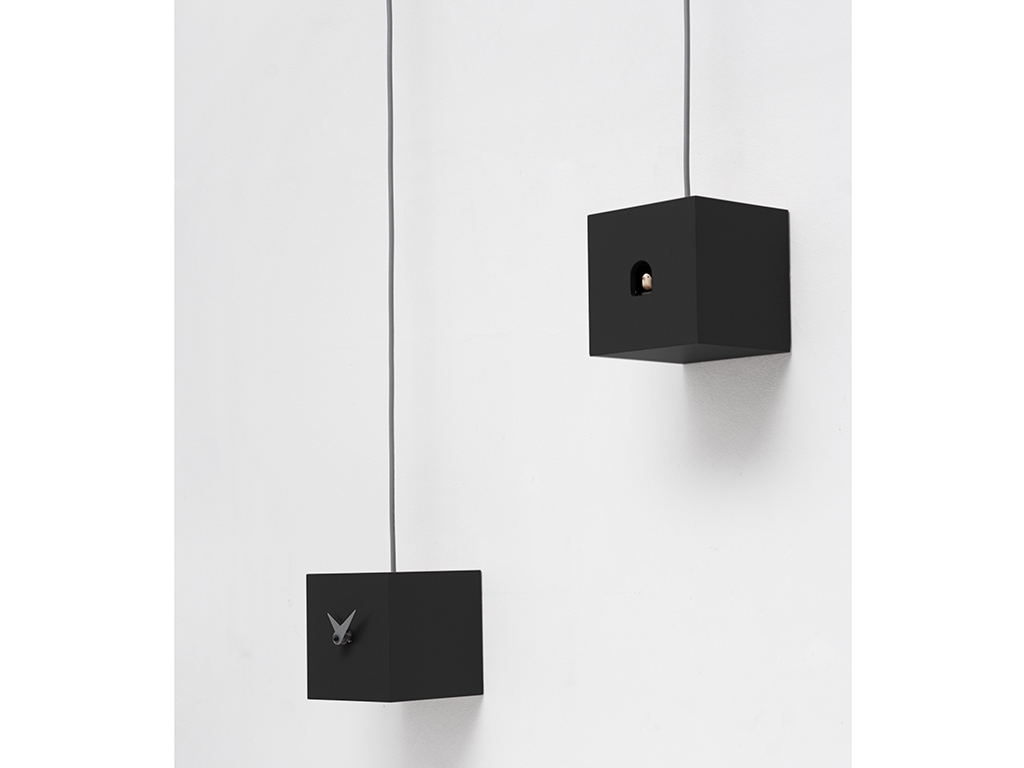 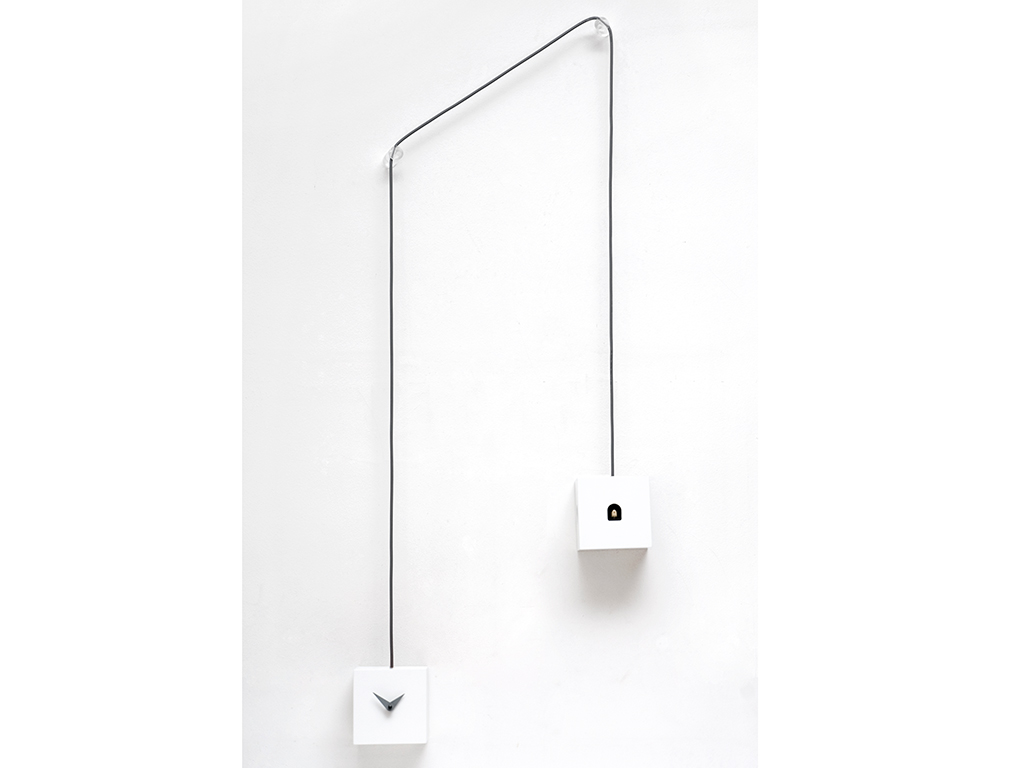 As children many of us played with homemade telephones. Two cans and a string allowed us to communicate at a distance! TuTu is the first cuckoo clock that has distanced the cuckoo bird from the clock by over two meters allowing them to 'communicate' by means of an electric cable. This ingenious intuition allows the clock to be arranged in numerous ways. Thanks to two Plexiglas cylinders inserted in the cable the two cubes can be placed at different height, hung from the ceiling or placed on separate walls. It is made of wood and varnished with non-toxic paint. The battery powered movement has a photosensitive sensor that automatically turns off the cuckoo sound in the absence of light. It also has a switch to regulate the volume of the cuckoo sound or to switch it off completely. 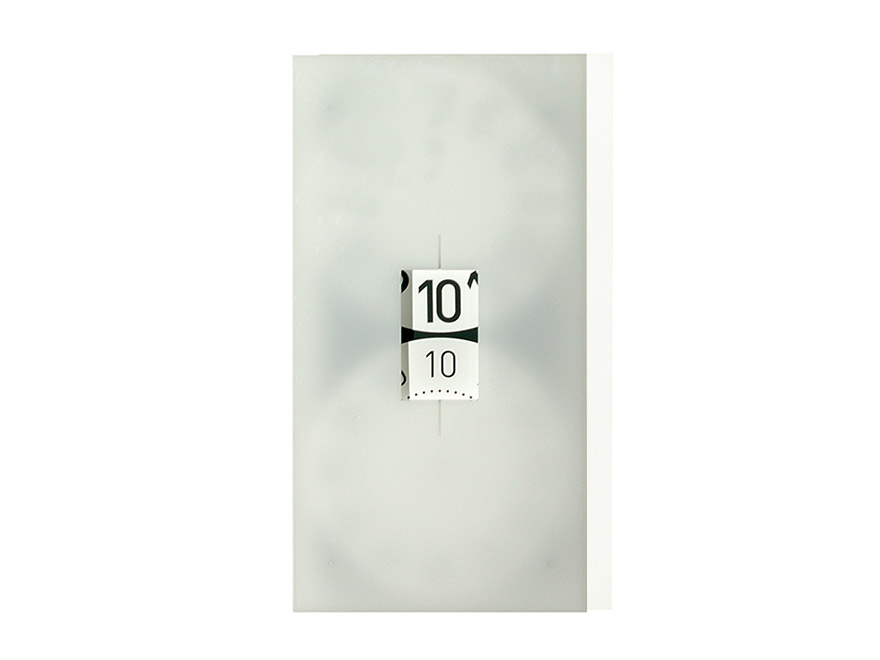 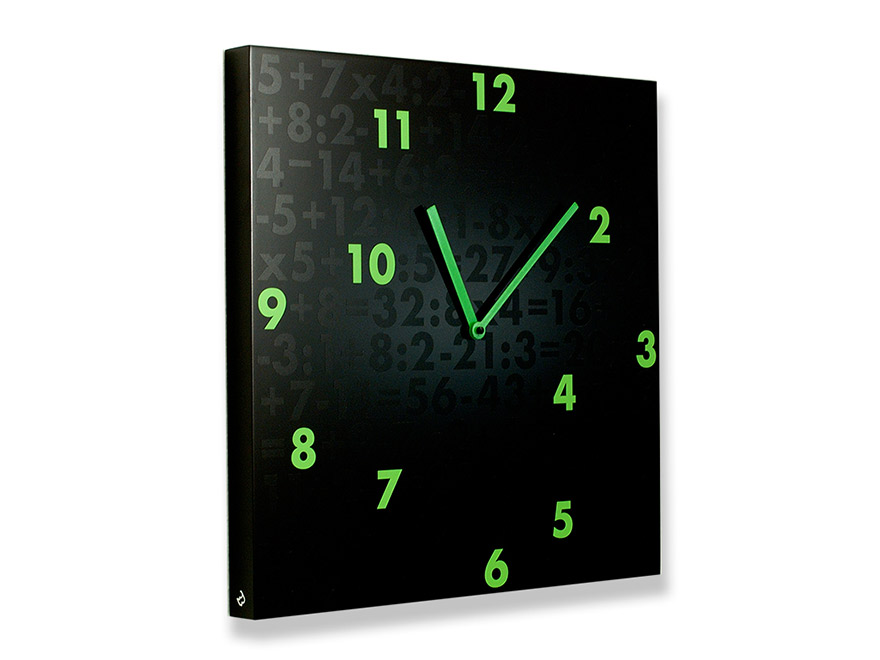 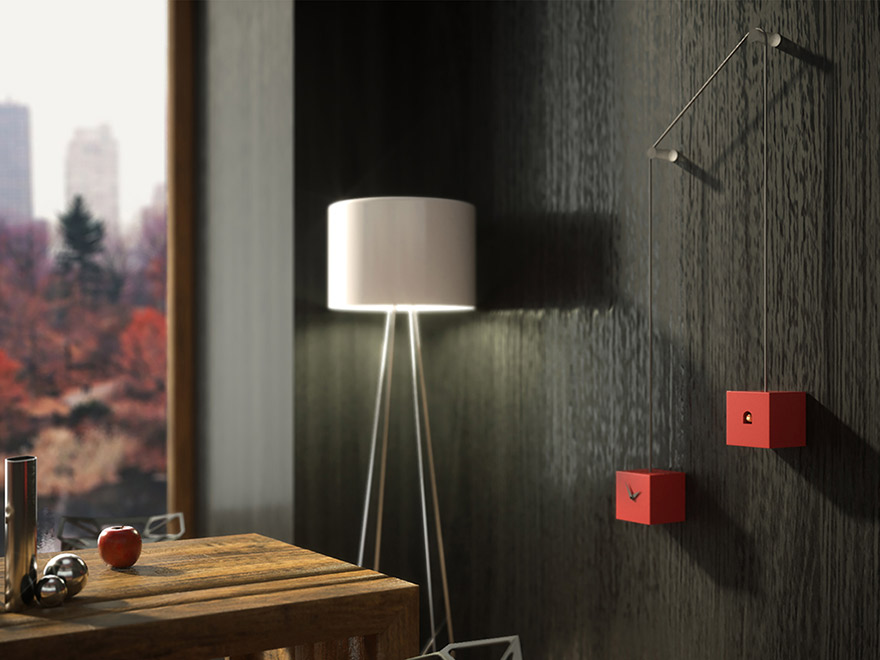 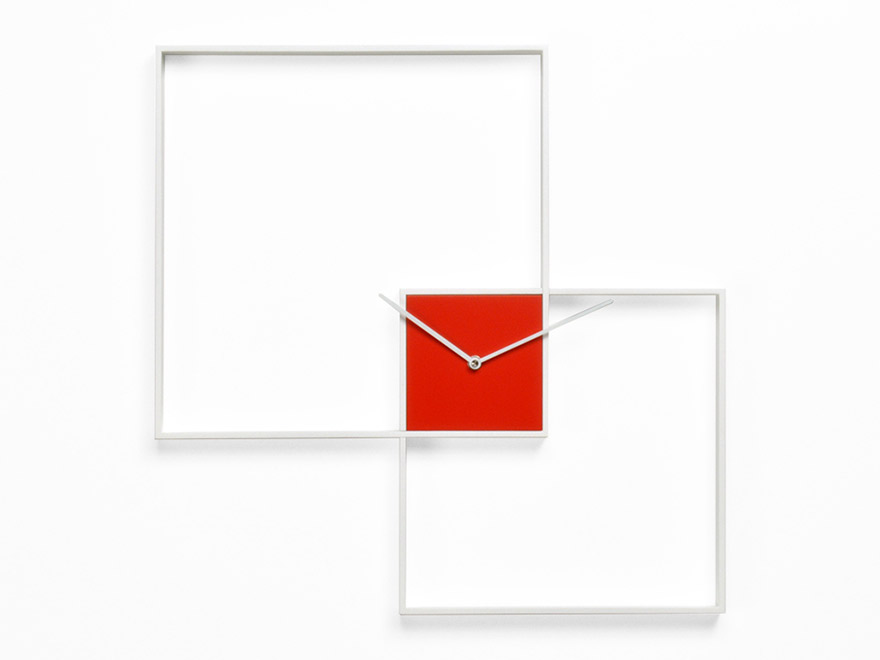 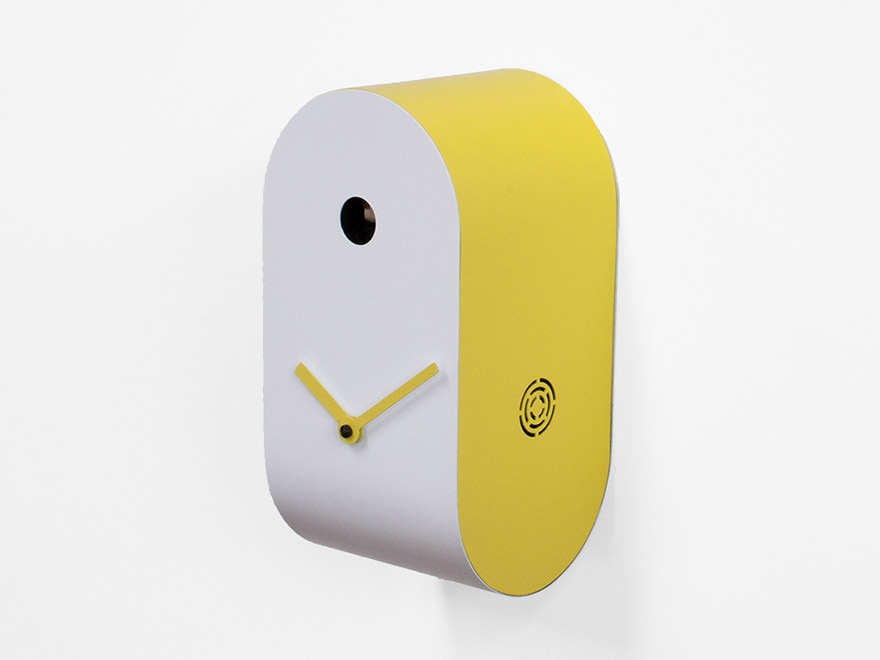 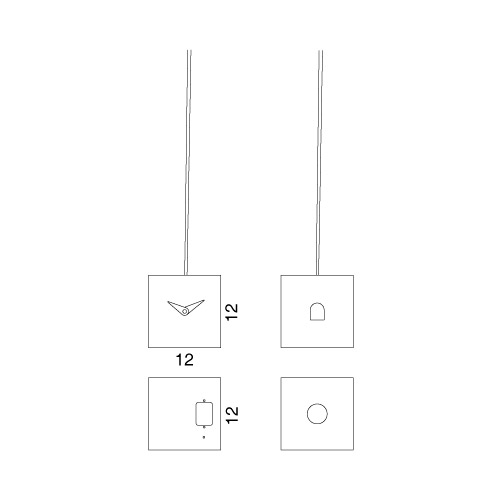