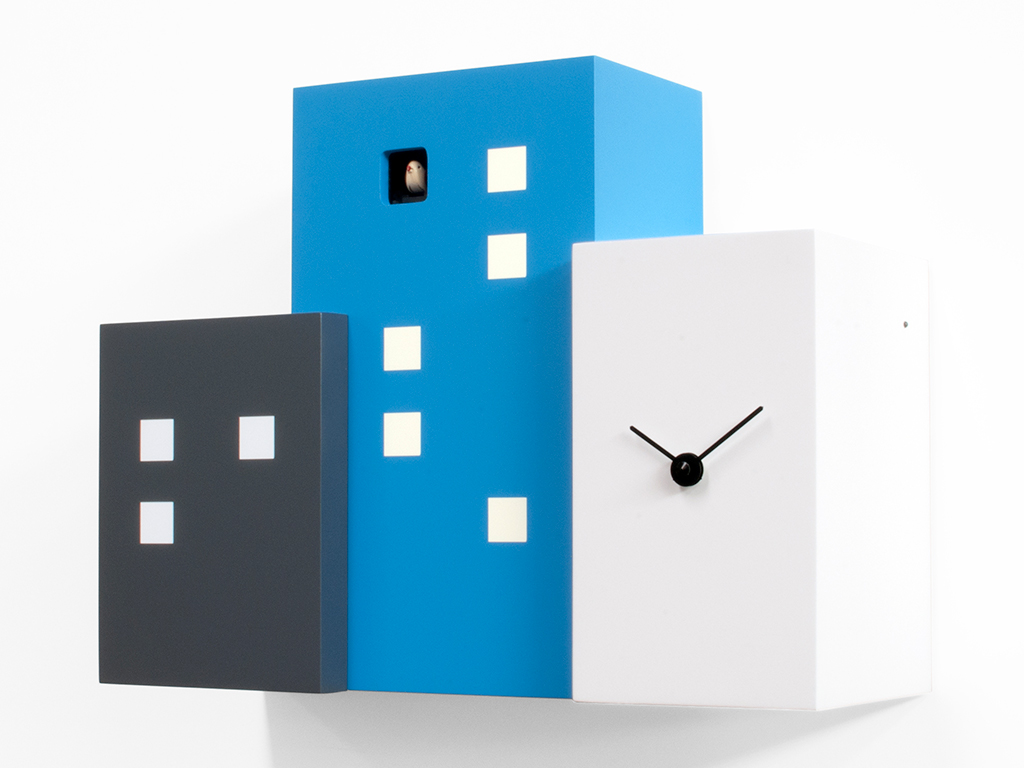 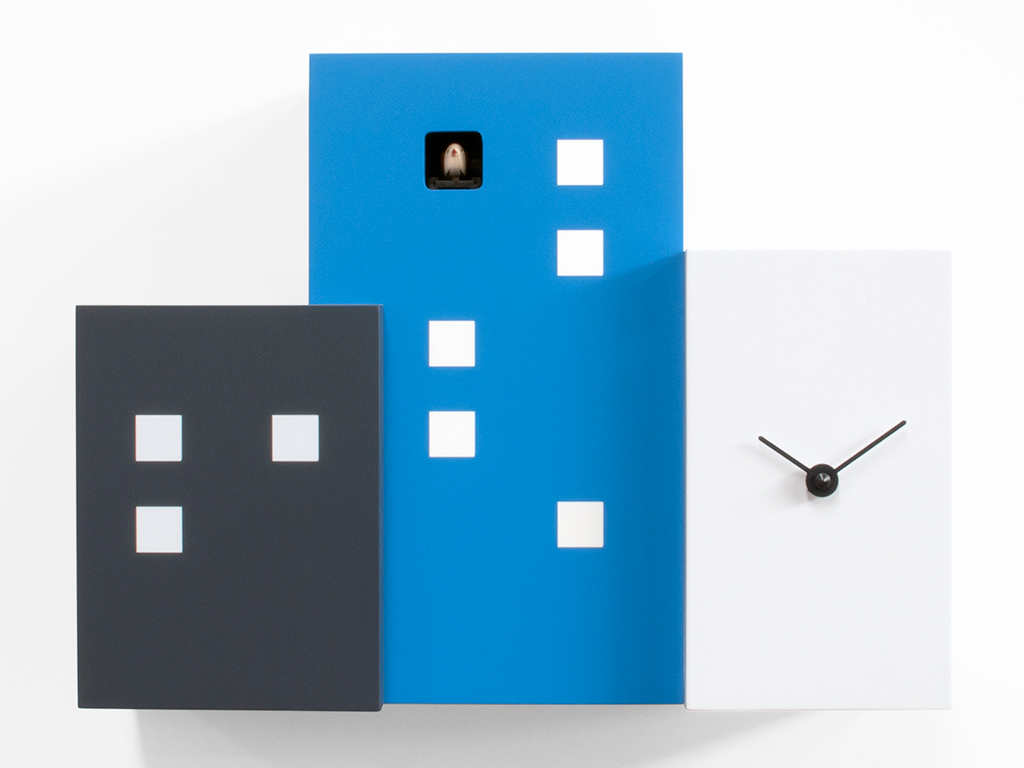 Walls Cuckoo is a wall or table cuckoo clock, made of painted wood, which, thanks to three volumes of different heights and depths, creates the skyline of a modern city built of buildings and skyscrapers. Unlike the profiles of average towns, Walls Cuckoo is a linear and material object which recreates, in its compactness, the third dimension. Battery quartz movement. 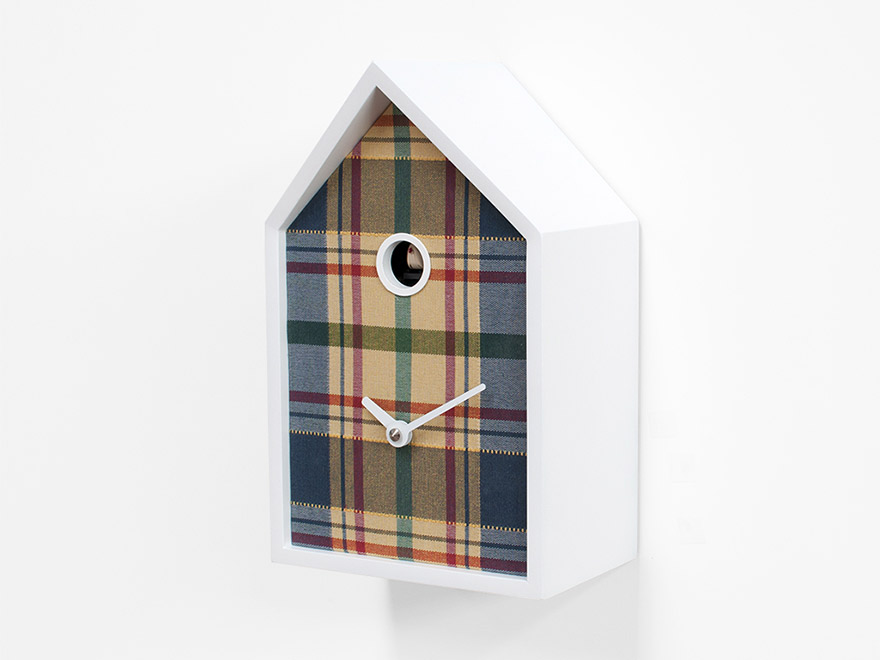 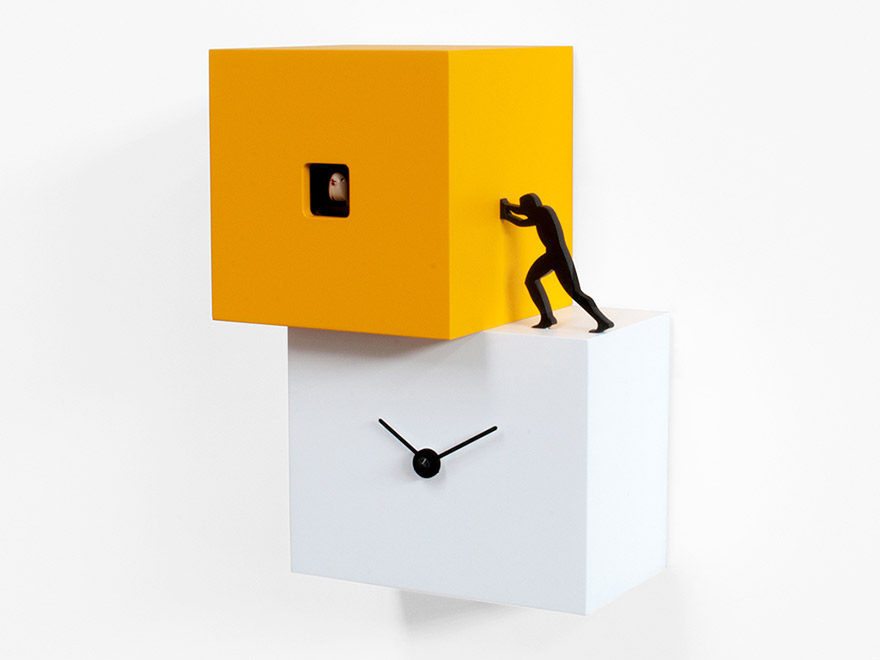 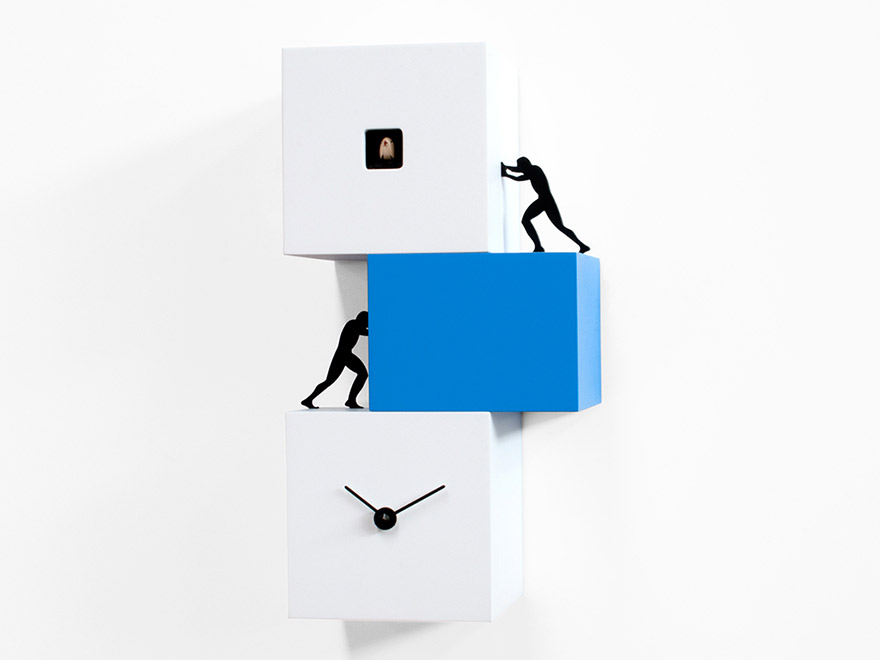 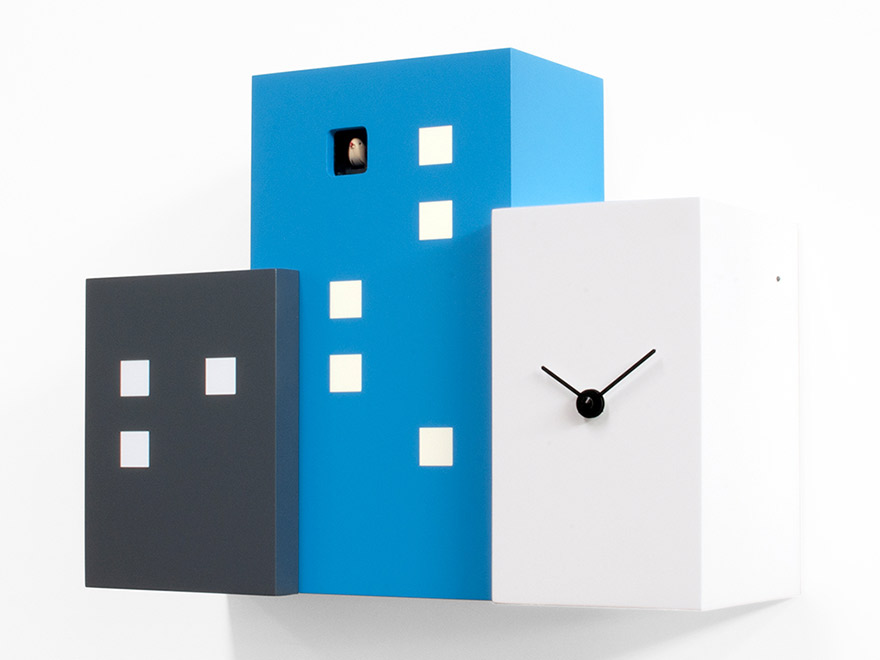 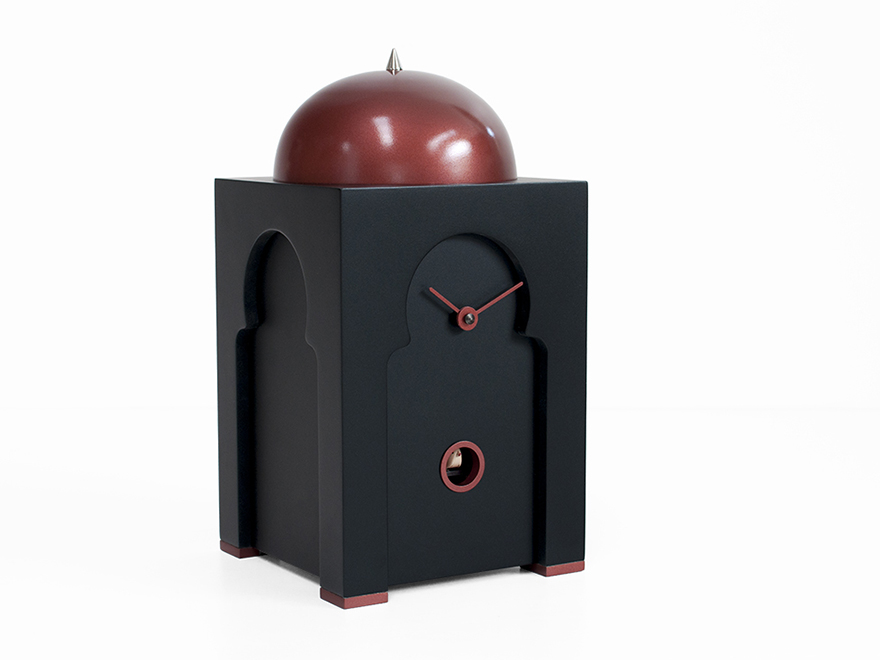 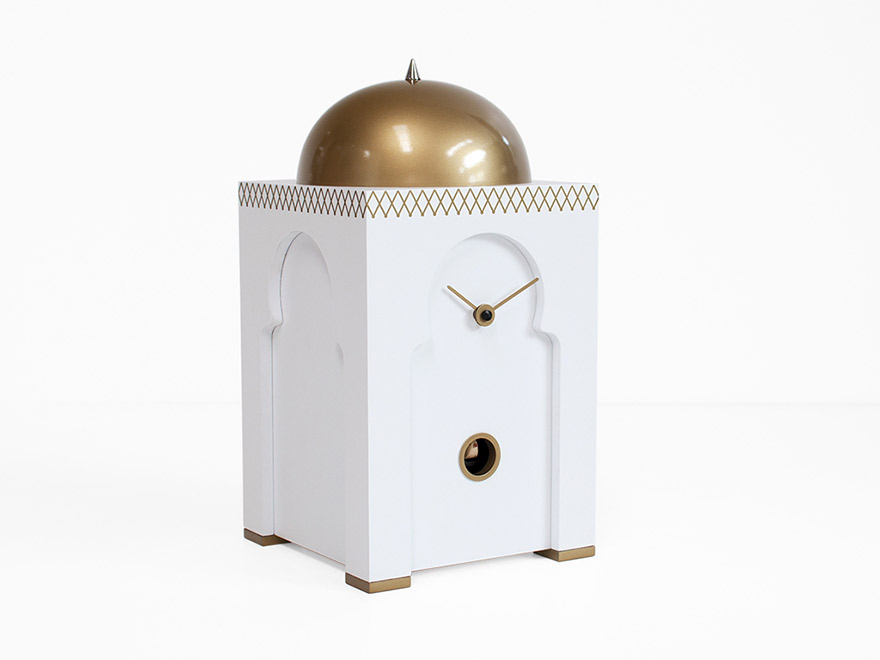 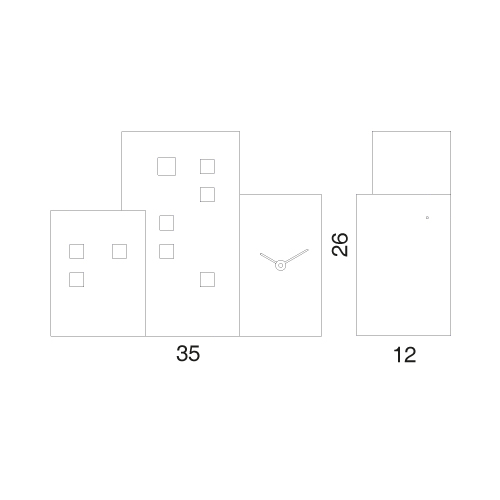