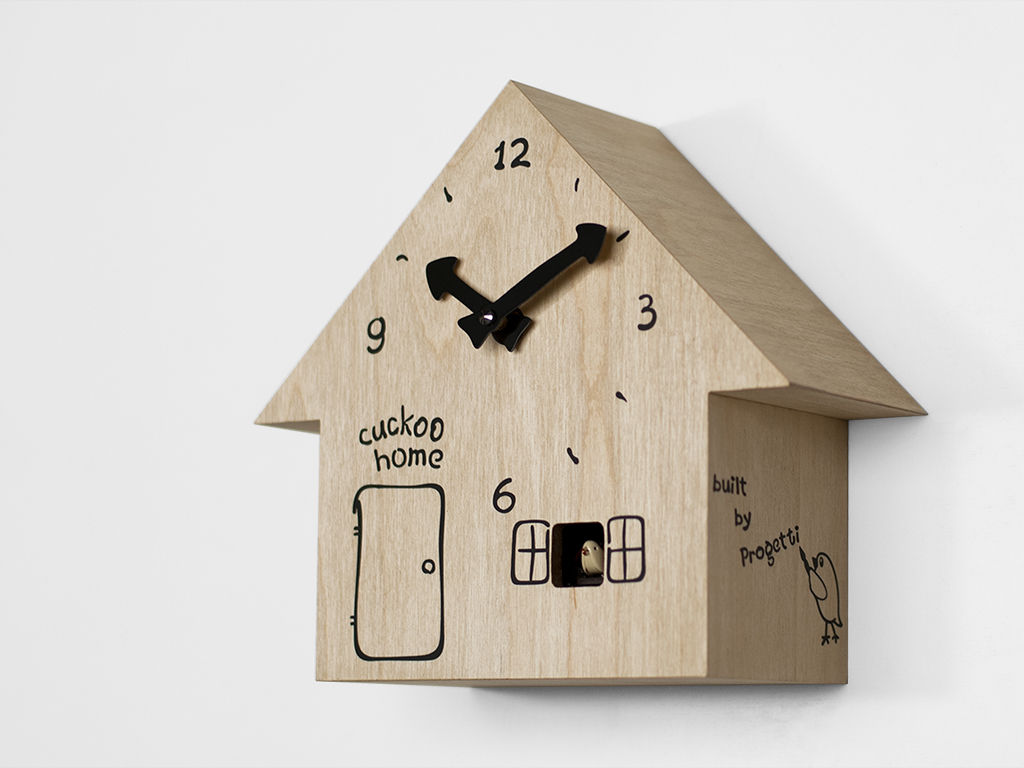 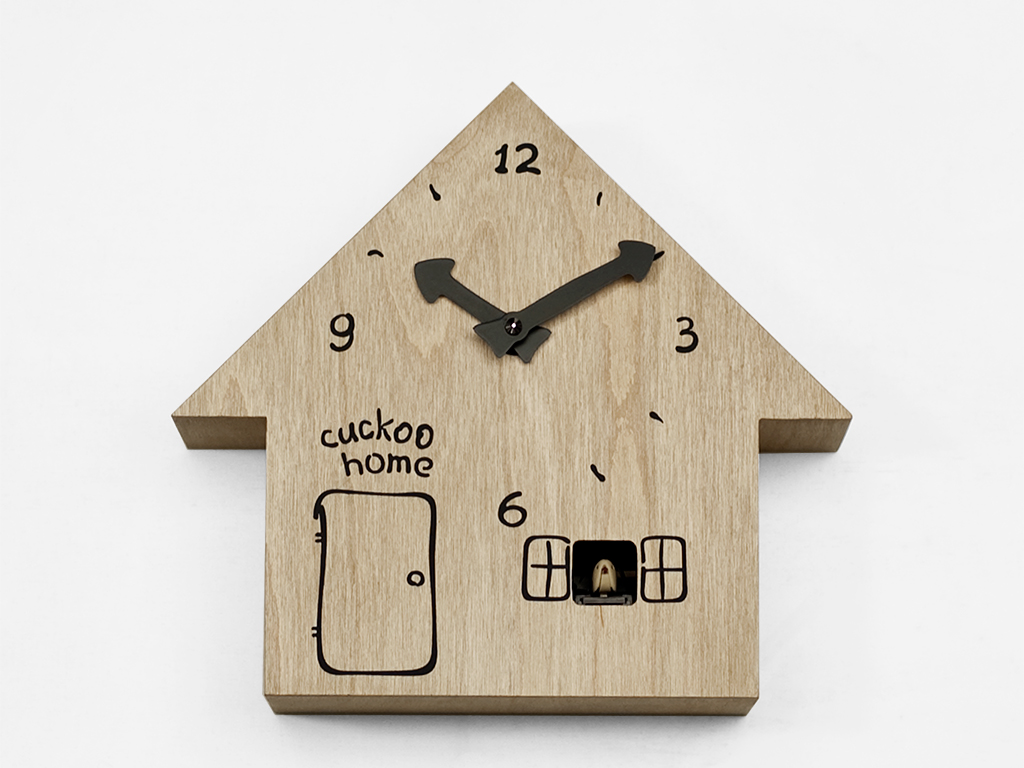 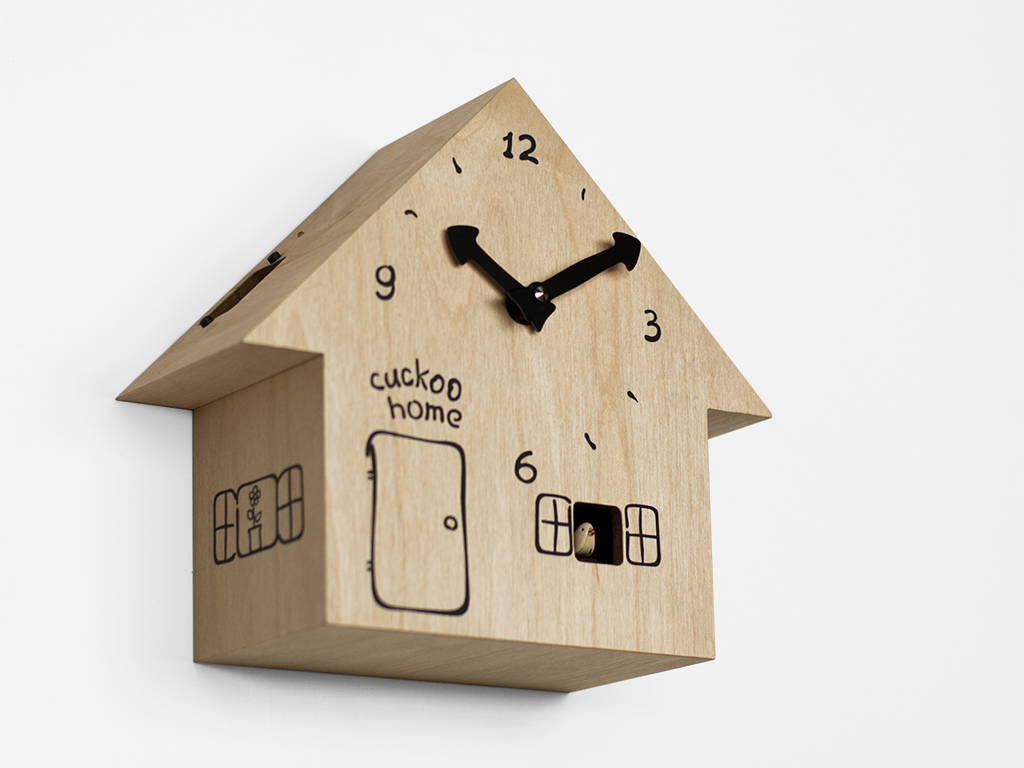 An item that takes the cuckoo clock idea straight from the imagination. It recalls a tiny country cottage with a free-hand drawing of a door and front window from where the cuckoo bird pops out. It has another window drawn on the side with a flower and some handwritten words like cuckoo home over the door and Built by Progetti with a little bird on the left hand side. The hands of the clock are in the shape of an arrow. Cuckoo Home, is made of birch wood, it is simple, genuine and ironic and is suitable for all settings. It is an item that doesnt follow the fads but holds its appeal through the years. Like all the Progetti cuckoo clocks, Cuckoo Home is crafted in Italy with German clockwork. Battery quartz movement. The Cuckoo strike is switched off automatically during the night controlled by a light sensor. 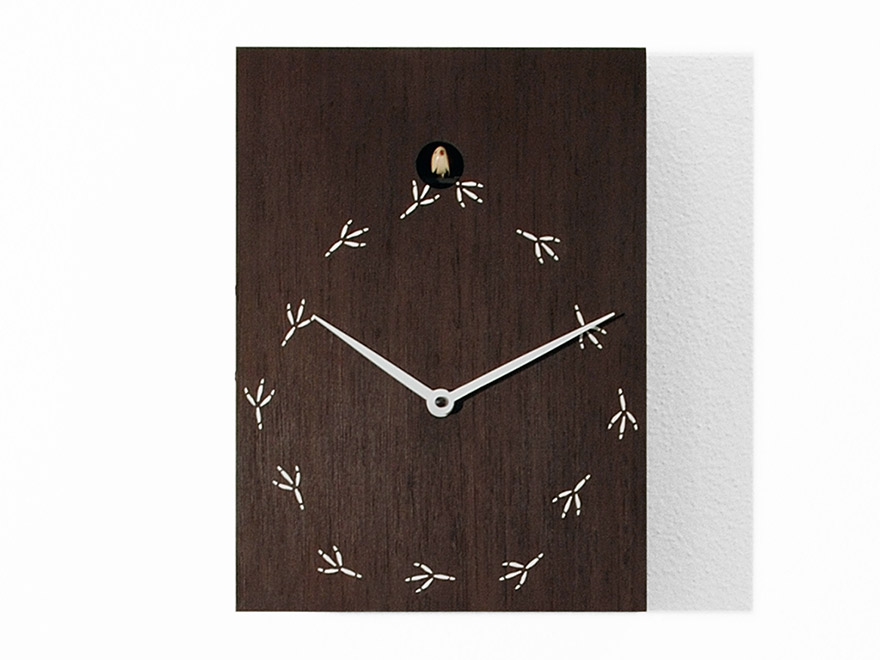 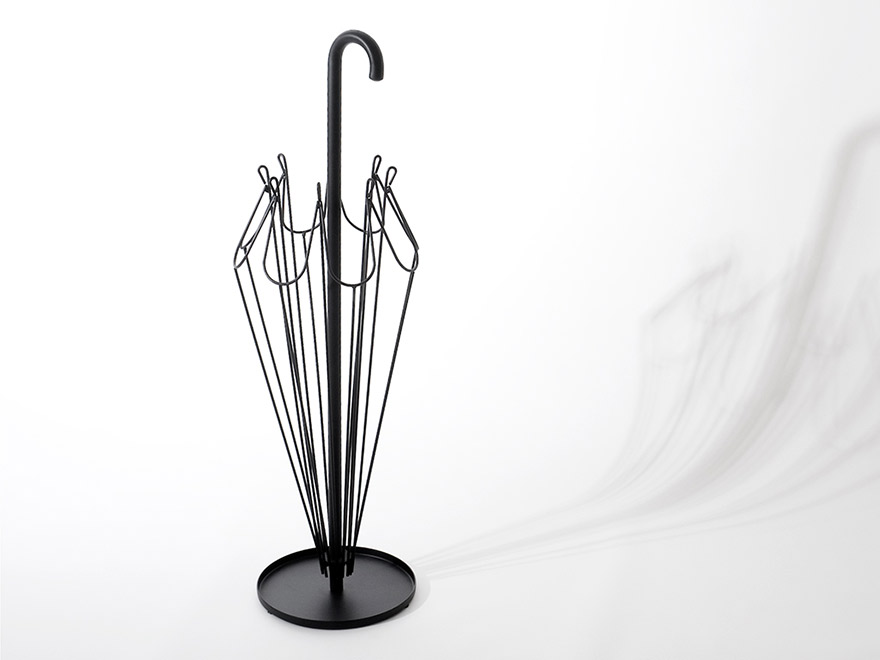 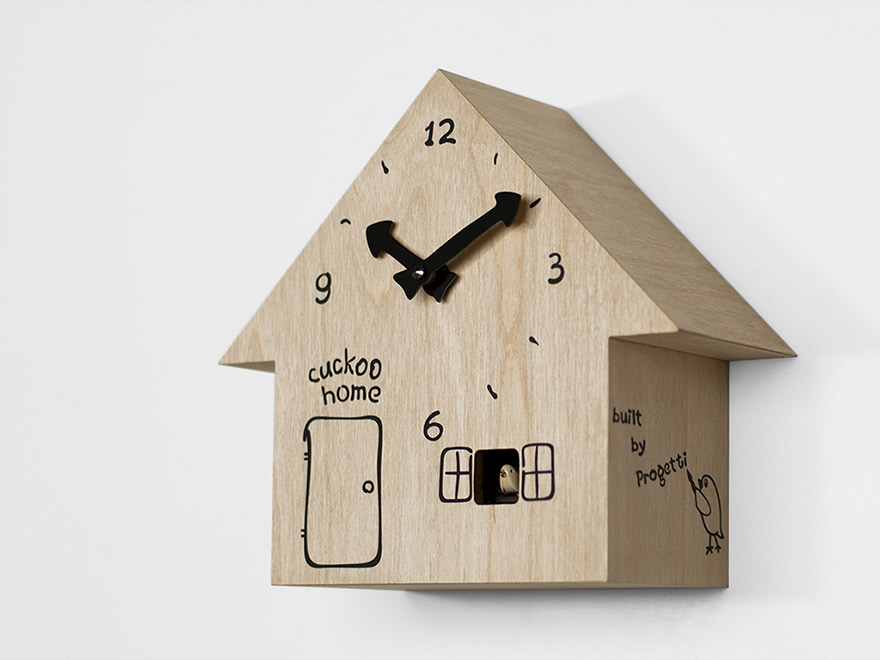 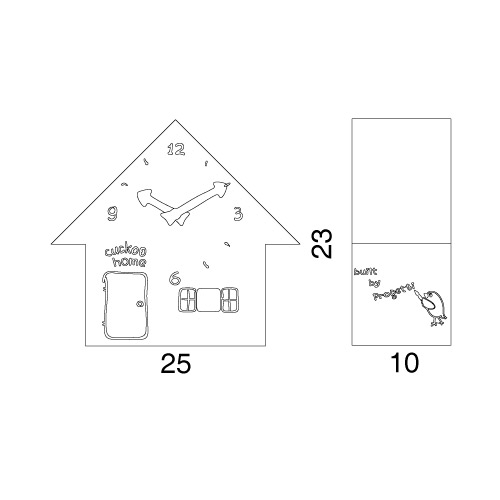